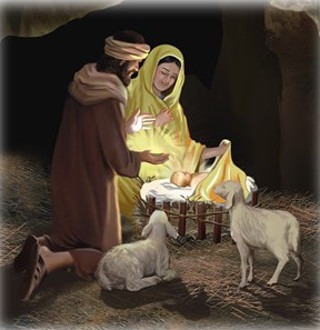 Before time began there was God. He created the world and everything in it. In his love, God created man in his own image and placed him in a beautiful garden. Man disobeyed God’s instructions. This disobedience was sin and separated man from God. He told them that they should sacrifice perfect young animals for their sins. These sacrifices did not pay for their sin but only pointed forward to the ultimate sacrifice that God would provide. Someday God would send his Son Jesus to this earth to be that ultimate sacrifice for the sins of all people.

Mary and the Angel 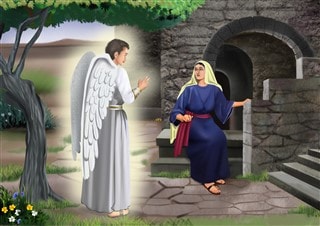 Four thousand years later, in the town of Nazareth, there lived a young woman named Mary. She was engaged to be married to Joseph. One day an angel appeared to Mary and told her she would have a special baby. She should name Him Jesus. This baby would not have an earthly father. He would be God’s Son.

The Birth of Jesus 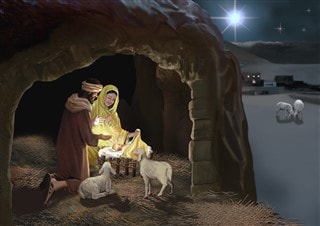 After the angel’s visit, Joseph and Mary made a long journey to Bethlehem to pay their taxes. When they reached Bethlehem, the city was crowded. They spent the night in the stable because there was no room in the inn. There Jesus was born. Mary wrapped baby Jesus in swaddling clothes and laid Him in a manger. 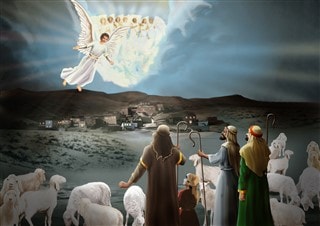 That same night, on a hill outside the city, shepherds were watching their sheep. An angel appeared and the glory of God shone around the shepherds. The angel said, “Don’t be afraid. I have good news that will bring great joy to all people. This night a Savior has been born. He is Jesus Christ the Lord. You will find the baby wrapped in swaddling clothes, lying in a manger.” Then many angels appeared glorifying and praising God, saying “Glory to God in the highest, and on earth peace, good will to men.” When the angels had gone away, the shepherds left their sheep and went quickly to Bethlehem. There they found the baby just as the angel had said they would. 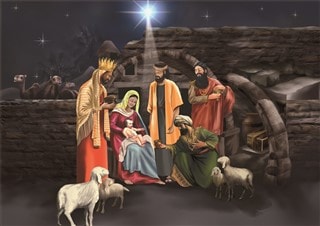 After Jesus was born, wise men came from another country to Jerusalem. They asked, “Where is the baby who is born King of the Jews? We have seen his star in the east and want to worship Him.” When King Herod heard this, he was not happy. He called together the priests and teachers of the law. They told him the prophets had said a ruler would be born in Bethlehem. King Herod sent the wise men to Bethlehem to search for this king. As the wise men left Jerusalem, the star led them to the house where they found baby Jesus. They fell down and worshiped, giving Him gifts of gold, frankincense, and myrrh. God warned the wise men in a dream that they should not return to wicked King Herod, so they went home a different way.

The Reason for God’s Gift

Jesus was God’s Son. He lived without sin and was perfect in all his ways. At thirty years of age, Jesus began to teach the people about God, his Father. He did many miracles such as giving sight to the blind, healing many people of their diseases, and even raising the dead. Above all, He taught the way to have eternal life in heaven. Then He gave his life as a sacrifice for the sin of the whole world.

The Bible says in John 3:16, “For God so loved the world, that he gave his only begotten Son, that whosoever believeth in him should not perish, but have everlasting life.” Jesus came to this earth to die on a cross as the supreme sacrifice. By his death, the price for all sin has been paid. There is no more need to offer sacrifices for sin. This was the fulfillment of God’s promise to send the Savior. 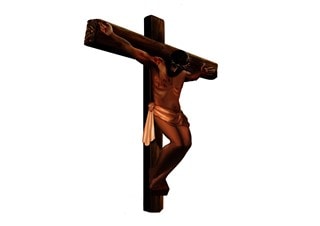 Although Jesus was killed by wicked men, death had no power over Him. After three days He arose victorious from the grave. During the days following his resurrection, Jesus was seen by many people. Then one day, after blessing his followers, He ascended to heaven.

When we choose to believe and surrender our life to Jesus, his blood cleanses us from all our sin. As we accept this gift of salvation, we are reunited with God. Jesus becomes our personal Savior, and we can enjoy the blessings of being his child! Someday Jesus is coming back. He will take all the true believers to heaven. There they will live forever with God.