It is natural for man to desire a full, exciting, and rewarding life. Some people find fulfillment in achievement and education. Others spend their time and energy trying to get rich. Still others find a certain thrill in risk-taking. Some are willing to go to extreme ends for excitement. Betting and other forms of gambling are especially alluring to some. The lure of hitting the jackpot or winning large sums of money can be very addictive. Many homes have been brought to ruin by a father or mother who chose to gamble. Hearts have been broken and neglected because someone could not stay away from the bright lights of a casino.

For many people, gambling starts in small ways. It is offered as a harmless form of entertainment, an escape from the humdrum of life. Casinos offer an alluring mix of lighting, food, drink, and music. In this party atmosphere, senses are dulled. It becomes hard to control impulses and urges. Casino workers are trained to help maintain and enhance this mood.

The Battle of Your Soul 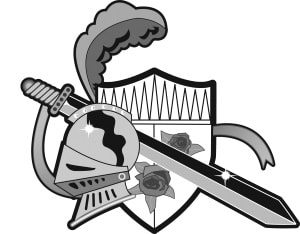 In the Holy Bible we read, “And I saw the dead, small and great, stand before God; and the books were opened: and another book was opened, which is the book of life: and the dead were judged out of those things which were written in the books, according to their works” (Revelation 20:12). This is evidence that God keeps a record.

Joshua Harris, a young man from Maryland, USA, was spending some time in Puerto Rico. One night he had a dream. He felt God had given him this dream as a reproof for a lack of faithfulness. This dream reminded him of the life-transforming power of Jesus Christ and His blood. We would like to share it with you.

Love… a beautiful word in any language. What does it bring to mind: affection, care, warmth, kindness, understanding, security, and mother? But think for yourself, what does this beautiful word really mean? Do you want to be loved? Do you love?

God is love and his love abiding in your heart can help you love and be loved. The source of all love is God. 1 John 4:16 reads, “And we have known and believed the love that God hath to us. God is love; and he that dwelleth in love dwelleth in God, and God in him.” No one will ever be truly successful in finding or experiencing love unless he seeks it in and through God.

What about Drugs, Alcohol, and Immorality?

Let us face the facts. The awful monsters-alcohol, drugs, and immorality-are threatening and destroying that which God created noble and good. Like the tentacles of a mighty octopus, they grasp and draw both young and old into their embrace.

An epidemic of huge proportions is upon today's society. The curse of alcohol, drugs, and immorality has left many people adrift, without an anchor, and headed for eternal destruction. People are readily influenced by their peers as well as by the media, magazines, newspapers, and television advertisements regarding these vices. The mind is assailed to the point where it is in a whirlpool of confusion and frustration, resulting in spiritual and physical deterioration.

Just a Little Drink Why Not?

So drinking is your own business? Indeed it is! At least up to a point.

You’re right, man has used alcohol for thousands of years to brace up the faint, to cheer up festivities, to drown out his problems. So you say moderate drinking is all right.