Listen! Who is That Calling You?-Is it an Enemy or a Friend? 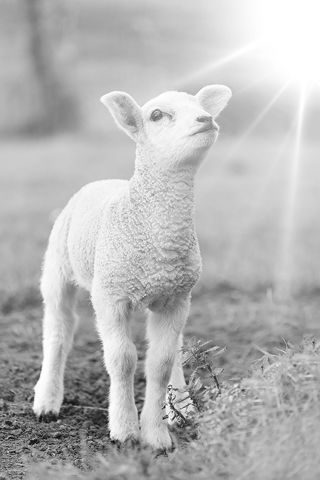 Have you ever heard someone calling your name and you did not know where the voice was coming from? Or maybe you could hardly hear the voice, because there was too much noise all around.

Listen, a voice is calling you. You!

Who are you? What is your name? Where did you come from? Where do you live? Where are you going?

You know the name of your village. Maybe you have never been anywhere else. But you know that your village is part of a big country, and the countries are all part of the big world.

It was almost 6,000 years ago when the world was made. It was made by God. God has a book called the Bible, which tells how He made the world and how He made the first man and woman. God made man in His own likeness.

You were born to your father and mother. But it is really God who made you. He made everything. Have you ever thought of how wonderfully God made everything and how He made you?

Because God made us, He knows all about us. He loves us because we belong to Him. He is our Father in Heaven, and He cares for us more than our own fathers and mothers do.

God has always been. He lives forever. So when He put His breath into us, it made us live forever, too. No, not our bodies, for they die, but the soul inside us lives forever.

You have never seen God, have you? No, but that doesn’t mean He isn’t there.

There is only one God. There is no room for any other, because the one who is really, really God fills Heaven and earth. He is everywhere at the same time.

God’s home is Heaven, that beautiful place up there, but He also lives in the hearts of people who obey His voice.

How do I learn to know God? Is that the question you are asking? God has a wonderful plan to show us how.

God sent His only begotten Son, Jesus, down from Heaven to show people who He is and what He is like. God and Jesus are one.

By a miracle, God’s Son was born as a baby and grew up to be a man. Then for three years, Jesus told the people of the love of God, His Father. He told them that God is holy and cannot bear to see sin.

Then God made a way for us to be saved from our sins. He let His Son Jesus be nailed to a cross by wicked men. He laid down His life - so great was His love!

He was the sacrifice that can pay for the sins of the whole world - every sin you have ever done, every sin of every boy, or girl, man, or woman.

Did Jesus stay on the cross? Did Jesus stay in the tomb? No, after three days He arose victorious. Then He went back to heaven and is waiting till God says the world shall come to an end. Then He will be the righteous Judge of all people.

Do you have the Gospel of John? Read chapter 10. John has written what Jesus told the people. What He said is still for us today. Jesus said He was the Good Shepherd and gave His life for the sheep. We are the sheep. The ones that are His sheep know His voice.  He calls them by name. A stranger they will not follow.

The Stranger, That Other Voice

Who is that stranger, the one from whom we shall flee? Oh, he is a thief! He cares nothing for the sheep. He is a liar. There is no truth in him. He is the devil. He is our enemy, Satan.

But first, he is the enemy of God. He was once a good angel with God in Heaven. But he became proud and lifted himself up against God. He fought against God and many angels joined him. God won, because He has all power. So He cast Satan and all his followers out of heaven. Satan hates God for this.

Because he can never get close to God again, he pours his anger on God’s creatures, the people of the world. Because he sinned, he tries to entice everyone to sin. Never again will sin enter heaven.

There is another place, the place that God made for the devil and his angels. It is hell. Hell is a place of torment. It is a burning fire that will never go out. It is the place where the devil and his followers will be punished forever. It is an awful place where God will have to send us if we choose to listen to Satan’s voice.

Right inside you, have you heard that other voice, the voice of the stranger?

Sometimes he makes us believe he has good things to offer. Sometimes he makes us think: “I am better than others. I am important. Me first. I’ll ‘get even.’ I have to fight for my rights. It’s alright to steal, just so I don’t get caught. Everybody tells lies, so I can, too. Dirty thoughts are not so bad - nobody knows what I’m thinking. Dirty words - they’re good for a big laugh.”

And at other times, have you been so discouraged that you were tempted to think, “I’m no good, why keep on living?”

Ah, yes you can; but, first, you must not listen to that other voice anymore.

Now, when you are quiet, you will hear the gentle voice of Jesus calling you to give your whole life to Him. You will hear Him telling you to be sorry for all your sins and to confess them.

Maybe, sometime when you were very still, you were thinking, “What shall I do with all my troubles and burdens? I wish I could be good. I wish I would be at a place where I’d never be hungry or sick anymore. What will happen to me when I die?”

And maybe you have had many more thoughts. That is the voice of Jesus calling you.

Sometimes do you feel sad when you don’t even know why? Or do you feel lonesome when you are not even alone? It could be because you are lonesome for God, the One who made you and loves you. He is the Shepherd calling for His lost sheep. He is calling and calling, and seeking and seeking you!

When you hear the Shepherd’s voice, answer Him. Tell Him you are sorry for your sins. Tell Him just how you feel, and ask Him to save you. That is praying.

Have you ever prayed to the God of Heaven? Do it now. He will hear you and understand you. He will give you the peace you are longing for.

Wouldn’t you like to be His sheep and know His voice? He wants to be your friend. He will take away your burden of sin. You will feel happy inside. You will be loving and kind like He is. He will help you to overcome your fears.

Even if others would mock you for being a Christian, you know that Jesus will take care of you. Even if the stranger would tempt you again, you must trust Jesus to help you overcome.

When you are safe in the Shepherd’s loving arms, you know that at the end He will take you to His wonderful, happy home with God to live with Him forever!